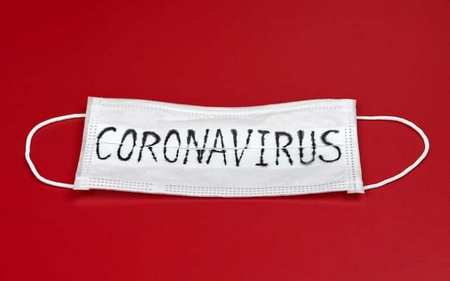 I believe that the coronavirus infection is not the work of nature! I don't know whose, I didn't hold a candle next to it, but there is a strong opinion, certain justifications and facts, where and why this bacillus came from.

I must say right away: I think that the coronavirus (COVID-19) is a new generation of weapons, an artificially created virus to create the necessary social, political and economic conditions. And now I will justify my opinion.

I don't believe in world conspiracy theories, the golden billion, the secret society of Freemasons... at least, that's what I'm comfortable with. But I believe in hegemony, vanity, people's love of power, capitalist evil-whether it is intentional or not.

Previously, everyone was afraid of what represented superiority over other countries, and even now they are afraid of the presence of nuclear weapons, the possibility of a nuclear strike, since there were some smart guys who demonstrated this at Hiroshima and Nagasaki in August of the forty-fifth year.

But when nuclear "rackets" are already stuffed into many pockets, everyone understands that if a nuclear war begins, only Russia will survive. A joke! No one will survive.

Or the world will change so much that it will be pointless to live in it. Therefore, to unleash nuclear wars or threaten in this situation with nuclear weapons-this is already in modern times not the horse of hegemony and not the key to the right gate.

But to artificially create a virus and use it, giving the right nation or people the appropriate "pill" (antidote)... in this way, you can bring everyone else to their knees.

The time has not yet come, the coronavirus is just a warm-up, working out scenarios, an opportunity to pull off your dirty deeds and learn how to manage the economy, social situation and politics of different countries.

So the coronavirus infection is not a surprise that nature has given us, but a new, modern weapon created by someone to manipulate and promote the necessary interests.

Let's figure out why it was created, by whom, consider the facts and then each of the studied material will leave the article with their own opinion. I hope by all means leaving it for discussion in the comments.

Coronavirus – what the fuck is it

I myself live in the Russian Federation in the city of Krasnodar and on March 26, 2020, I believe and understand that there will be more deaths from suicide than due to the COVID-19 virus: there are no dead bodies lying on the street due to the virus (and thank God), and in principle there are no deaths in my large city by population, and there are less than a thousand people infected throughout Russia, according to official data.

What I mean: the general global situation, global and local panic, creating tension in society, political situational reaction create the necessary economic conditions for those who were aware, while destroying entire industries and causing irreparable damage to the economy of our country and, of course, a number of others, so more people will go out of the window in the Russian Federation than will die from coronavirus.

Because even without the coronavirus and its economic consequences, it is already difficult for many people. Recently, there was just a similar case in the environment of contractors with whom the supply of my furniture shop cooperates.

And at the moment, the service sector and not only: trade in the same shopping centers, catering, hairdressers, clothing sales, all entertainment, tourism, airlines, production... everything is worth it, it suffers losses, the business " freaks out”, thinks what will happen next, does not understand how to behave, how to pay loans, leases, leases, wages, reduces or expels people in the CIAO, different-scale business will be ruined and bankrupt in the short term, because every day business is not as sweet as it seems to the ordinary man in the street and without any viruses, most of them hang on a flimsy thread (I have been doing business in different niches since 2007 and I know what I'm talking about).

And ordinary people, hard workers, at this time think-fuck it, but how to pay mortgages, consumer loans, pay off credit cards, which were recruited and used immeasurably... this is what an artificial coronavirus means in action, the consequences of which we will rake out not in the deaths of the sick, but in the economic consequences now for each of us, our country and the global crisis as a whole.

As a matter of fact, it was manipulated by the puppeteers, and because of this, a number of social, political and economic decisions have already been formed and adopted by the leadership of our country, all these factors will leave an indelible imprint for most people for the next year and much more.

Who is the puppeteer, who needs all this?

Perhaps the coronavirus infection is in the hands of many, since there are people, governments, political elite, officials, businessmen, social figures, etc., who extract opportunities from situations, and there are those who give up.

But this part of the people in its essence became a hostage to the situation and found, let's say, some more or less suitable for themselves an effective way out, perhaps even with a productive exhaust, but on the rights of the strong, all the cream is still collected by the strong

And who is the strong one, who is the hegemon with imperial ambitions? Not really, who's the new guy on the horizon?))

The video is broadcast by Igor Rybakov, co-owner of Technonicol Corporation, which was founded in 1992 and is one of the five largest European manufacturers of waterproofing materials (it has factories in Russia, Belarus, Lithuania, the Czech Republic, Italy, Great Britain and Poland, as well as scientific departments, representative offices and training centers with a total number of employees of about 5,000 people according to 2017 statistics). I have no reason to distrust his opinion, but he says the following:

Many of you did not notice that yesterday the United States of America detonated an atomic financial bomb – 2 trillion in cash will be allocated to American corporations - not secured, just printed money – what do you think they will do with this money? Yes, they will buy up half the world's cheaper assets...

This is not a coronavirus – this is a big financial war! And what is now going on all over the world is just a simple mobilization of people, forces and means, and who does not understand it ... tighten your belts and get ready...

As you can understand, this is not a babbler, but a big business in our country. Should these thoughts be taken into account? I will honestly say that I understood this before the video, based on the world news, in these words I found only confirmation of my thoughts.

Facts or semi-facts, whatever you want to call it, but the information is downright strange: in 2015, American scientists crossed SARS with something on bats, and a coronavirus appeared...

We look, in fact, confirmation of what I wrote above, from the beginning of the video at least until the 5th minute. But in general, I recommend watching the video until the end!

In the video, Nikolai Starikov, a Russian public and political figure of the Great Fatherland party, a historian, author of a number of books on modern history, economics, and geopolitics, expressed a number of facts from which everyone will draw their own conclusions: who and why all this may be necessary.

By the way, I recommend his channel to everyone, I have been watching and observing the person for several years, and his point of view, thoughts and conclusions are very close to me, interesting and – most importantly – useful to some extent even for cleaning the brain from information noise. Although I myself am not small, I can distinguish my grandmother from my grandfather, but this is an educated, intellectual person, a patriot of our motherland, which I do not doubt.

The consequences of the coronavirus through the eyes of medium-sized businesses, what is the ASS, why will EVERYONE suffer?! Everything is clear and to the point, I recommend viewing it from beginning to end.

I hope you have read and viewed all the material on this page to the end, heard my point of view and the people who gave feedback on the situation of the coronavirus infection, which has taken over the heads of many people, sowing panic and leading away from the real events.

I believe that the leader of our country is aware of all the events, also plays this chess game and is not a pawn in which he will win back positions, and we will not have an economic collapse. I will say so, there are, in addition to faith, conclusions coming from observations of his activities :)

And finally, I suggest you watch another video by Nikolai Starikov, which will sum up some economic results and give many a field for reflection, and maybe for action.

If the information was useful to you, and you adhere to the expressed point of view, I urge everyone, without exception, to share the note with your friends, make a repost in the social network, just throw a link to votsap, that is, tell people about the material in any way you are familiar with, and, of course, discuss the article in the comments.